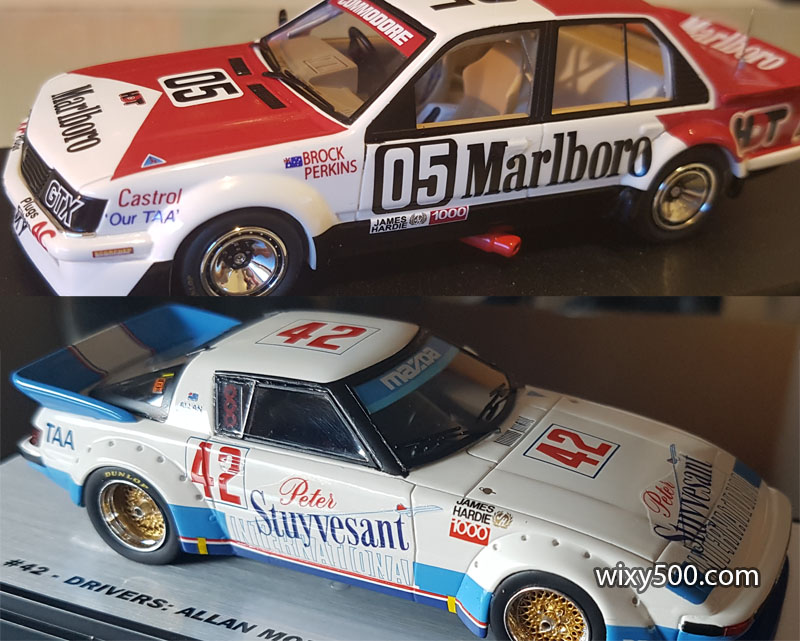 This model was done by Biante quite a number of years ago now and was one of their first resin 1:43 scale offerings. It’s the Allan Moffat/Gregg Hansford car that finished third in the 1984 Great Race. Released around 2011, only 500 pieces were made.

Classics have done a number of Bathurst Commodore winners. This one from 1980 (third win on the trot for Peter Brock & Jim Richards) has an opening bonnet, engine and lots of underbody detail. Limited edition of 1600 pieces.