I’ve been able to spend some time working on models over the past few months, including fixing up some “issues” on a number of race car models. Do these changes now make them Code 3s?? 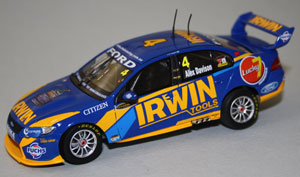 Above: Brand new 2010 FG Falcon of Alex Davison from Classics. I didn’t notice the rear wheels drooping down when I bought the model. When placed on a flat surface, the rear end of the car was jacked up like a dragster. 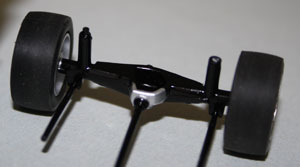 Above & Below: With careful prying I was able to remove the diff assembly. The vertical ‘struts’ had not seated in their housing during manufacture. One broke off in the base of the car, but I had to cut them shorter anyway to get a realistic ride height, then glued the rear end back in the car. 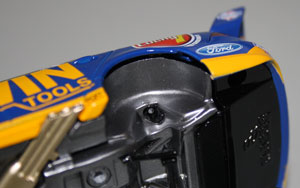 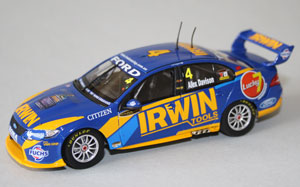 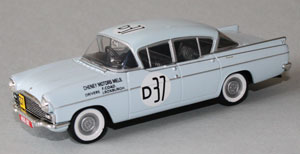 Above: 1960 Armstrong 500 winning Vauxhall Cresta of John Roxburgh/Frank Coad as modelled by Vanguards. Dig the white-walls? Well, according to all the photos I’ve seen, that’s not how it raced.

Above: Simply rotate the tyres on the rims, problem fixed. I have a suspicion that the rims should actually be white. I’ll leave them silver until evidence (ie, a colour photo) proves otherwise.

Above: Pro-Duct VN Commodore driven by Bob Pearson and Bruce Stewart at Bathurst in 1991, modelled by Dinkum. Firstly, don’t let anyone tell you that Dinkum only made metal models. I own three Bathurst Commodores (VN, VP and Walkinshaw) and they ALL have resin bodies. The weight comes from the base plate and interior which is white metal. This model was pulled apart because the dash casting had come loose and was banging around inside the cabin. 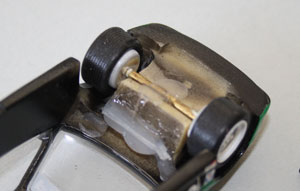 Above: See, it’s resin, not metal. These Commodores are held together by a screw-on base plate, but the interior parts are all glued. I actually removed the front axle and filed the groove a little deeper to lower the front as it had bit too much of a ‘nose-up’ stance. 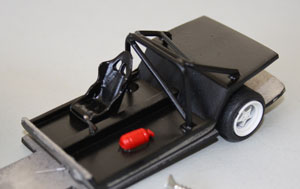 Above: Very basic interior for the Dinkums compared to the modern day Biante and Classic offerings. The loose dash had bent the gear stick & steering wheel and had chipped paint, so all that had to be fixed. Before assembly, I detail painted the belts and buckles (it’s now got blue belts – not sure what the real car had!). 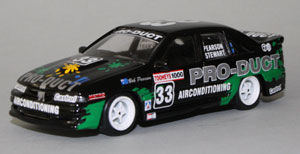 Above: All back in one piece. The finish on these models is not too bad (water slide decals which I believe are then clear coated), they just lack the fine detail that we enjoy today.