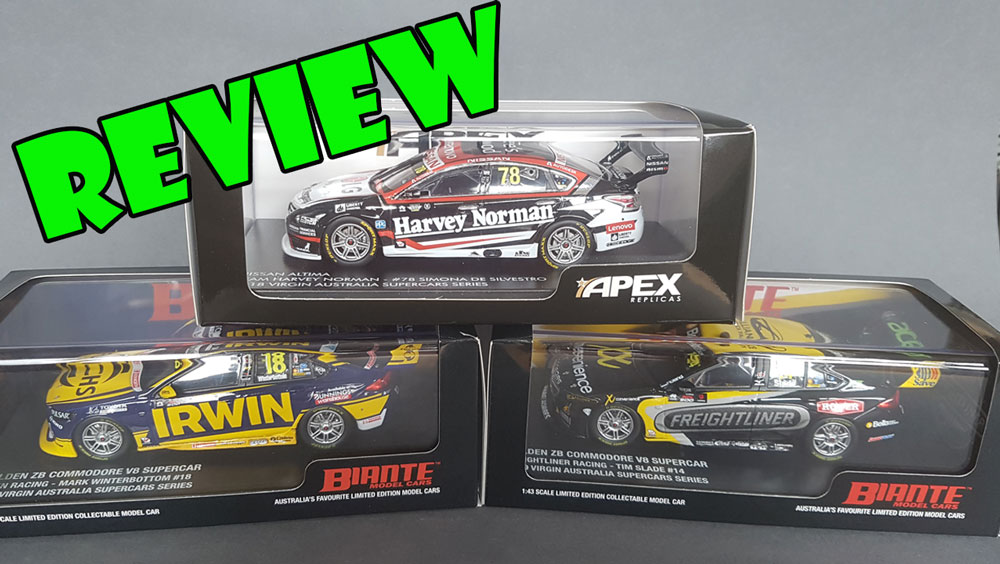 In this review, I look at some 1:43 diecast Supercar models from Biante and Apex that have very low production numbers;

All three of these models have crazy low production numbers. The manufacturers seem intent on producing just enough models to cover pre-orders, plus not much stock for themselves.

While I understand the reasoning for pre-orders (it enables manufacturers to create product that has guaranteed sales with no dead stock left on the shelf), I think it is limiting the sales they could potentially make. Building to pre-order means there is no capacity to sell beyond that. The fact that all these models sold out so quickly at the manufacturer – under an hour in some cases – is clear evidence there’s a market beyond pre-orders.

As mentioned in the video (see below), I’m not a fan of having to place pre-orders. Further, I’ve been stung by pre-orders in the past; I’ve pre-ordered in good faith at the price advertised, but when the models came into stock, the price went up! I objected to this (I believe the retailer should commit to the price they advertised), but was met with “the exchange rate changed; that’s now the price”. I went through with the purchase of what I pre-ordered, but it left a sour taste and I’ve never pre-ordered since.

Anyway, on with the review….

Apex Replicas item AR40824. 1:43 scale diecast, Team Harvey Norman run by Kelly Racing, Limited Edition of 120 pieces This was one of three Kelly Racing Nissan models released at the same time, and while I picked up this Simona car before they were all gone, I missed out on the Castrol liveried Rick Kelly cars, which from memory had even lower production numbers. Overall, it’s a solid 9 out of 10. Price was $88 plus shipping.

Biante item B43H19G, 1:43 scale diecast, Irwin Racing run by Team 18, 156 pieces worldwide. This is Biante’s new casting depicting the ZB Commodore Supercar. Overall, the model looks good and carries the same sort of detail seen on the previous VF Commodore. It also carries over the issue of poorly fitting lower side-skirts; neither of them were properly fitted on my example. Due to that, it loses a point and gets 8 out of 10. Price was $70 plus shipping.

Biante item B43H19F, 1:43 scale diecast, Freightliner Racing run by Brad Jones Racing, 102 pieces worldwide. Crazy low numbers for this one, so good luck trying to find one if you missed out. In fact, that’s true for all the models in this review. From a rarity and investment perspective, they should hold or increase in value over time. Again, there was a side-skirt fitment issue (but only on one side), and the rest of the model is fine. I couldn’t say I’m a fan of the livery, but with one sideskirt ok, it gets 8.5 out of 10.