Classics have done a 1:18 version and Trax did a 1:24 version. Both were popular and soon sold out, so a 1:43 version of this good looking Holden was a pretty logical thing to do.

The paint finish is very shiny, but metallic paints in this scale still don’t quite work (though to Trax’s credit, it is very good on the LE and certainly far better than some previous metallic flake finishes on other models).

Impressive packaging sets off the model as a luxury item – though as followers of this blog know, I’m not a fan of fancy packaging because it adds cost to the model.

And speaking of cost, this thing is expensive! $159 delivered, making it poor value. Sure, only 600 were made (a strategic decision by Top Gear to re-establish some marketable demand for their product??) and the model is good – but it’s $80 good, not one hundred and freeking fifty…

Despite this, after much umming and ahhing, I unloaded the credit card and got one, simply because (a) I like the car, and (b) I’m not aware of any other manufacturer with plans to make it.

Oh, and the LE has now sold out, so I guess Trax win the pricing argument. 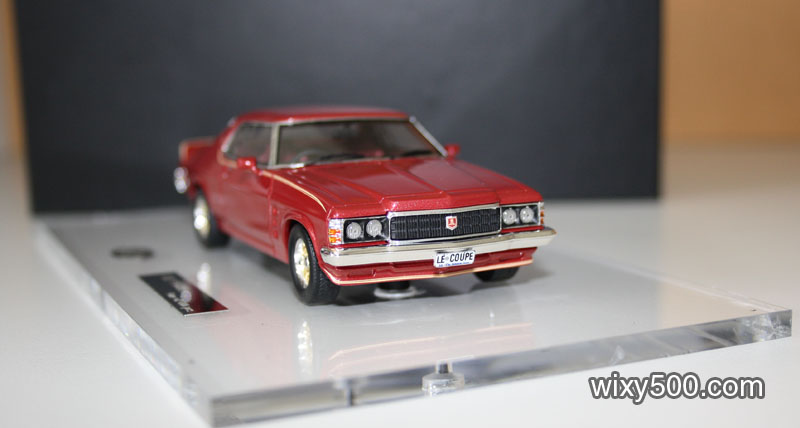