If you’re a collector of Aussies in F1, Warwick Brown’s Williams FW05 should be in your collection.

Though this is not a specific theme in my personal collection, it might as well be as the Brown Williams joins recently acquired Tim Schenken Surtees and Vern Schuppan BRM models, plus a host of Jones, Webber, Brabham and Ricciardo pieces.

It was Brown’s first and only Formula One Grand Prix start, and he did it with the Frank Williams Racing Cars team (this is prior to the formation of Williams Grand Prix Engineering).

At the time, Frank’s cars (two of them were originally Hesketh 308s) were sponsored by Walter Wolf (who had a 60% stake in the team) plus some Marlboro money. In addition to the Aussie, Hans Binder, Jacky Ickx, Michel Leclere and Arturo Merzario all made starts in the FW05, but the car was overweight and uncompetitive.

As a side note, Wolf would flick Williams out of the team before the end of the year, setting up a one car operation for 1977 with Jody Scheckter driving the Wolf WR1.

The ‘Wolf-Williams’ (as it was often referred to) FW05 ran in various configurations regarding nose cone, engine airbox and side radiator pods throughout 1976. Spark is/has done several of these for various drivers.

Paint finish is excellent and the model looks well proportioned. My example had some minor QC issues when it came to assembly (slightly damaged decal and what looks like a glue blob on the front suspension).

Marlboro decals are included with the model, but have to be applied by the collector. 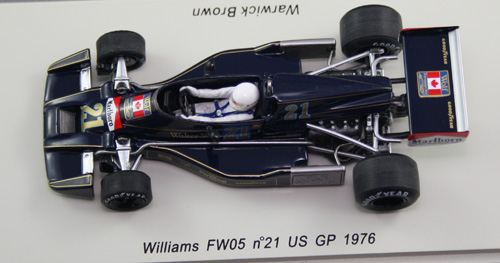 Like Spark’s other offerings, this is a decent model but I feel some of the finer detail is not executed to the level we’ve seen from Spark in the past. For example: 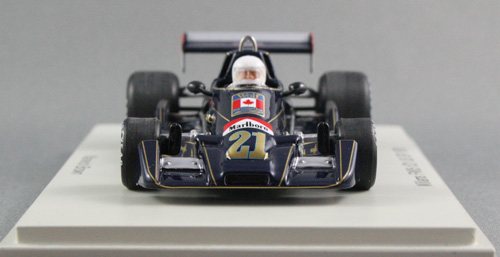 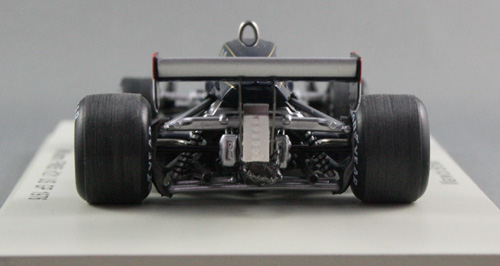