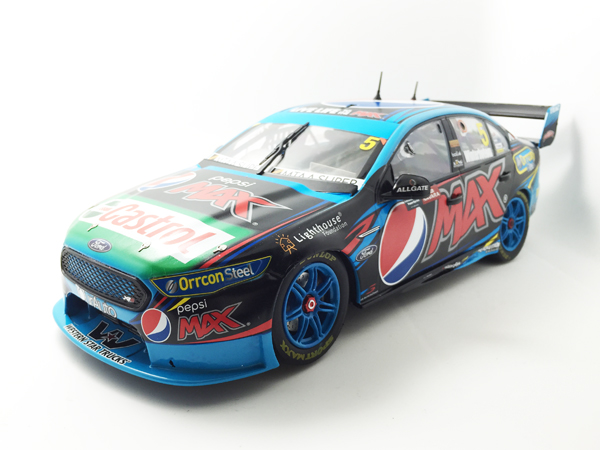 Four versions of the PRA Ford FG X V8 Supercar will be made – the two Pepsi MAX cars of Mark Winterbottom and Chaz Mostert, the Bottle-O David Reynolds car, plus the FG-X Launch version.

All PRA models are due for a December release.

It will be an Australia-only limited edition release made in resin model and with the full approval of the team at Maranello Motorsport. Delivery is expected in the first quarter of 2016.