The RA272 was Honda’s Formula One race car for the 1965 Grand Prix season. It was a full factory effort, the Japanese manufacturer building the entire car – chassis, engine and gearbox.

The car featured a 1.5 litre V12 engine, but it was mounted transversely (crossways) directly behind the driver. Rocker-arm front suspension and trailing arms with coilover shocks at the rear was standard technology for the time.

Honda’s driver from its first F1 season in 1964, Ronnie Bucknam, was joined by fellow American Richie Ginther for 1965.

Ginther took Honda’s (and, as it turns out, Goodyear’s) first F1 win at the 1965 Mexican Grand Prix, and it’s this race that Tamiya’s 1:20 scale kit is based. The win helped Ginther to 7th place in the World Championship. Bucknam was classified equal 14th.

Tamiya’s model, kit number 20043 in the Grand Prix Collection series, was released in the late 90s. 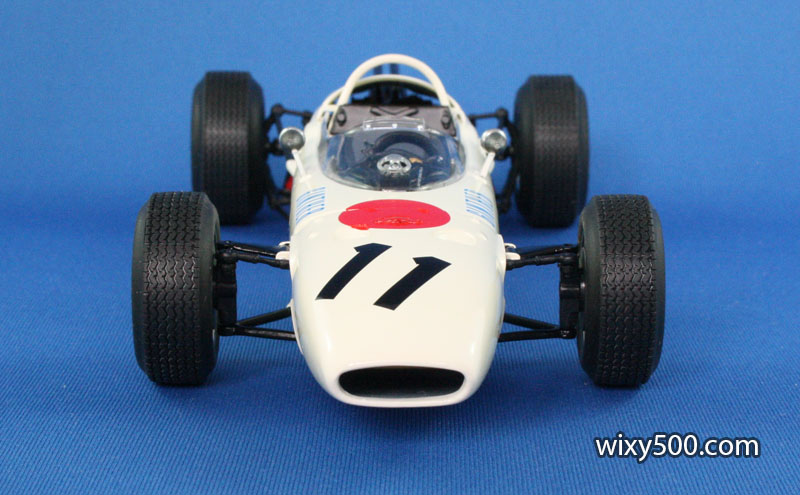 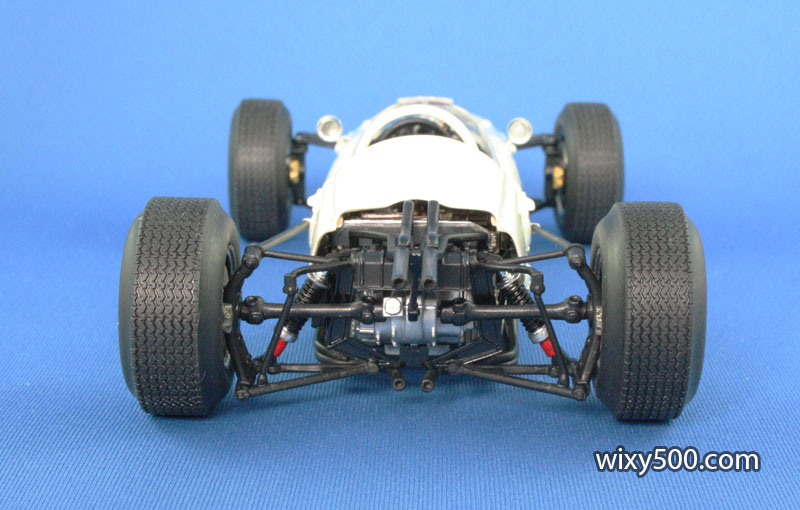