Classic Carlectables have won the race to get the first 2013 VF Commodore to market in 1/43 scale with the release of two cars each from the HRT and Red Bull Racing teams.

The first thing you notice about these is at the shop – they’re featherweights compared to the past, but that’s got just as much to do with the packaging as the model itself.

The car is encased in a vac-formed fold-over shell – no plinth and no Perspex display cover.

The next thing – these models fall a long way short of their Apex counterparts (reviewed HERE) when it comes to the level of detail.

The windows are black for a reason – there is NO interior detail. The wheels are on one-piece axles and therefore have no camber.

Thankfully the finish and accuracy is, however, better than the old “bricks” that Classics produced in the late 90s.

There are faults in the decoration on my examples, but I reckon overall there is a small improvement on the previous years’ cars.

Despite no camber, the ride height, and “fill” of the wheels in the front arches is better than before, whereas the rear is about the same.

I’m not aware if these cars are modeled on a specific race. Both teams had several changes to sponsors during the season. For example, Triple 8 ran ‘Red Bull Mobile’ on the front bar and Autobarn across the rear at some events, while HRT added SP Tools to the bonnet.

The significant reduction in production costs, both on the model itself, and the packaging, move this item into a lower price point. Depending on what you read, RRP is $34.95 or $39 (I paid $34.95).

The models still come with a Certificate of Authenticity. Despite the drop in detail, my retailer reported sales were good and they only had a couple of pieces left in stock.

Personally, I was never a fan of the mirror-based plinths of the past. However, a plain-Jane dark grey or satin black plinth would have been nice.

Production numbers are significantly higher than the Apex Fords: 1000 pieces for each of Tander and Courtney, 1500 for Whincup and 2000 for Mr Popular, Craig Lowndes.

I have yet to find measurements for the real VF COTF V8 Supercar, but the 18″ wheels on the Classics version are slightly more correctly scaled to the real thing than the Apex version. 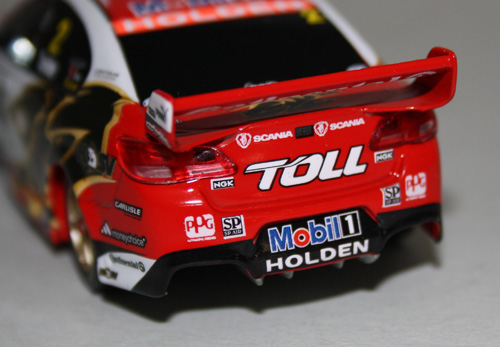 Above & Below: Rear views. Registration (alignment) of the inks in the decoration is not too good in places – note the offset white in the SP Tools, NGK and Caltex logos. 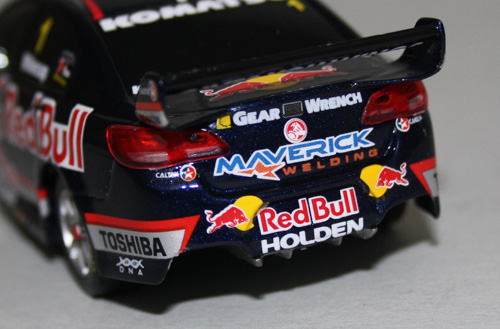 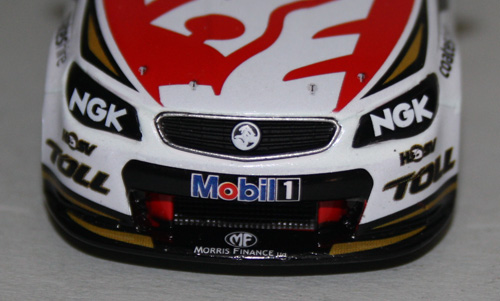 Above & Below: Front views. Scrappy detail painting around the grill of the Red Bull car and poor alignment of the red Holden decal which does not fold around the front of the splitter 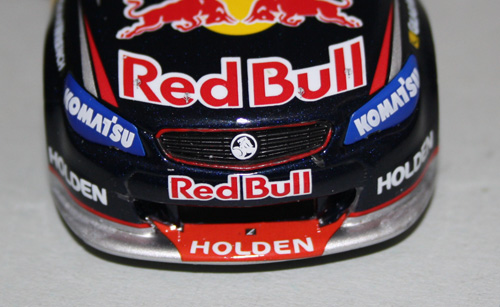