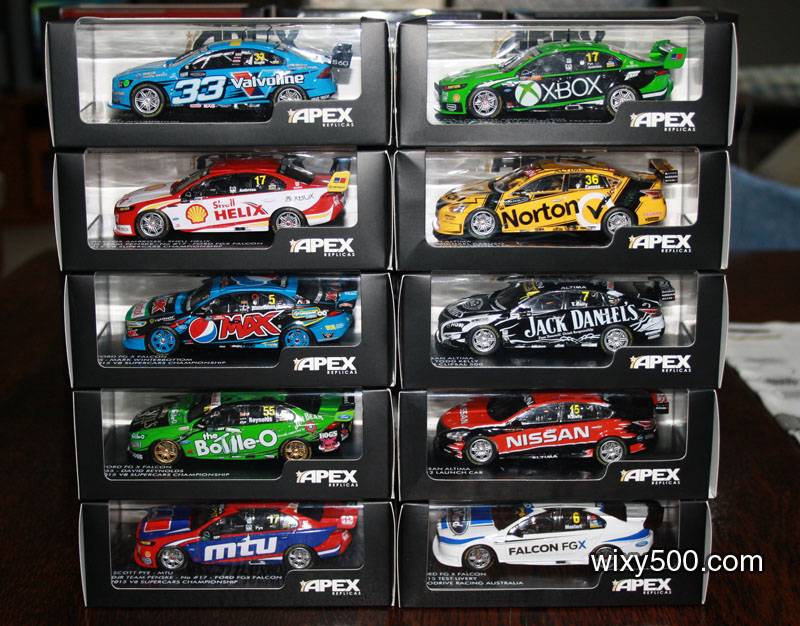 With factories going bust in China (or whatever the reason was), there has not been much in the way of 1:43 V8 Supercar models for the past couple of years.

Both Apex and Biante have been busy churning out multiple releases over the past 6 months or so.

The models from both manufacturers are, generally, pretty darn good.

One could argue the Apex models are a little more refined and detailed, however several of the pieces I’ve bought are let down by quality control issues – mostly sloppy decal placement and detail painting compared to Biante.

Considering the positives and negatives of each, I’d say, overall, they’re fairly much on par with each other. If forced to pick a winner though, it would be Biante – good, consistent, clean models at a far better price point (like, about $30 better!).