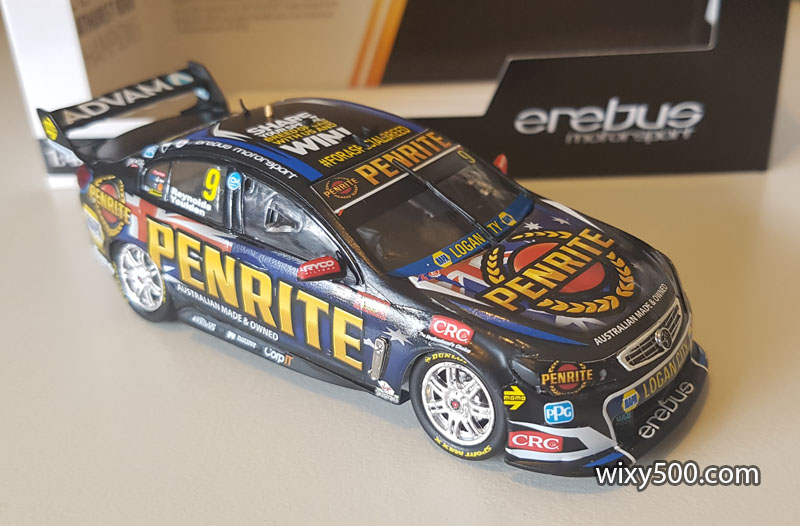 Authentic Collectables scored a lucky coup in 2017, holding the contract to produce models for Erebus Motorsport which happened to win that year’s Bathurst 1000.

It was a popular win for Betty Klimenko’s team and drivers David Reynolds & Luke Youlden.

I picked up this 1/43rd scale example to add to my Bathurst Winners collection.

However, I must say, I’m a bit disappointed.

While this is the first 1:43 scale model to come from this new brand, it would appear they’re using a factory already experienced with such models as it has a very “Biante-ish” feel about it. With that in mind, I did not expect there to be sloppy assembly and finish issues.