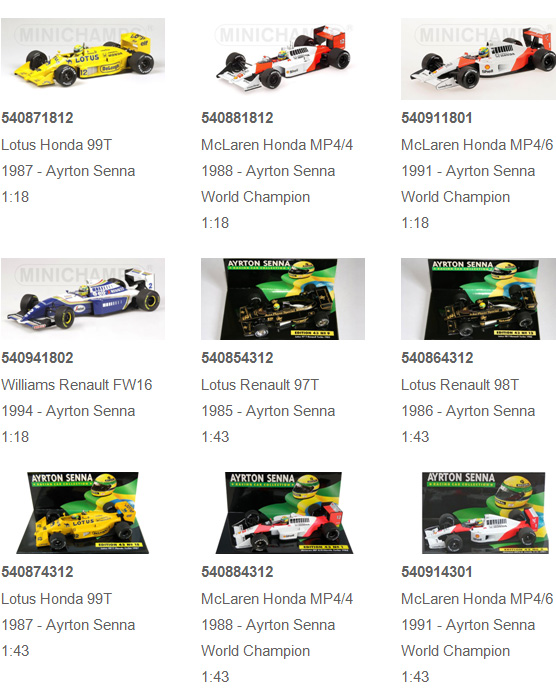 A number of models in Minichamps’ famous Ayrton Senna Collection are set to be re-issued.

There is no word whether the re-issues will be to the same standard as the original release, or whether they will carry extra detail and improvements due to advances in modern model making technology and procedures.

Australian distributor Apex Replicas announced the news today, confirming that Minichamps had renewed their license with the Senna Foundation.

Senna items in both 1:18 and 1:43 scales will add to this long running collection. The first pieces are expected to appear towards the end of this year.