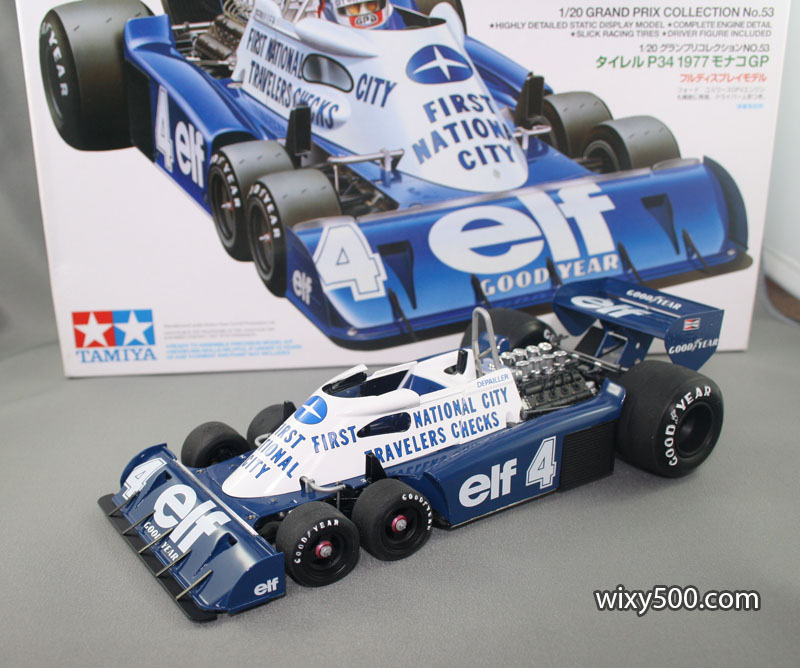 Many years ago, I built the very first model in Tamiya’s 1:20 scale Grand Prix Collection series, the navy blue Tyrrell P34 six-wheeler from 1976.

For 1977, Team Tyrrell used the P34/2, a heavily modified version of the original that featured a wider front track and very different bodywork. However, for the ’77 Monaco and Belgian Grands Prix, the team reverted to the 1976-spec bodywork. And that’s what this kit from Tamiya depicts.

Kit number 53 in the 1:20 Grand Prix Collection, this later version has all the same parts as the old kit, but includes extra pieces specific for this race.

Overall, the kit is good, but I seemed to struggle with this one more than I recall when I built the first version. Maybe that’s because I’m more fussy and add extra detail these days. Or maybe it’s just my eyesight’s not as good as it was 30-odd years ago!

The build took over a year and was finished just days before it was required for display at the annual Model Expo at Sandown Park.