I built this from the box. Tamiya’s 1:20 scale Grand Prix range is excellent and they build into outstanding models with little effort – however this one has taken me several years to actually finish!

The kit can be built up as either Michael Schumacher or Martin Brundle’s ride from the 1992 F1 season. I decided to do the Brundle version for a few reasons; (1) everyone else probably built this as Schumi’s, and (2) I own one of Martin’s old race suits from when he drove for Brabham (it came as part of the deal when I bought and raced a Formula Vee many years ago). 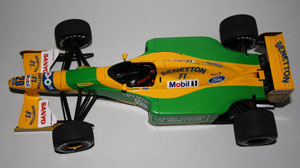 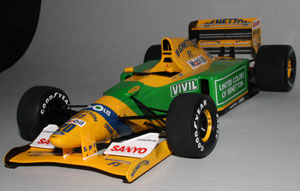