Minichamps released two versions of the ‘twin chassis’ Lotus 88 Formula One racer recently; the blue and red Essex version presented here, plus a black and gold Courage/Essex version. Both feature extensive use of mirror-like chrome.

This is the version of the car as run in a practice session at the 1981 Long Beach Grand Prix by Elio de Angelis. Famously, it never actually competed in a race due to being deemed illegal with it’s movable ‘second’ chassis.

While initially giving this model a big Thumbs Up, I noticed one glaring and major error – it’s fitted with Goodyear tyres! It should have Michelin rubber. At first I thought my example was just a one-off error, but this is how Minichamps themselves have it photographed in all their PR material.

To fix the error, I guess I could rub off the Goodyear print (update: mission complete, see bottom pic!), but the tyres themselves (mostly the rear) aren’t quite right anyway as the Michelins of 1981 had a squarer sidewall. 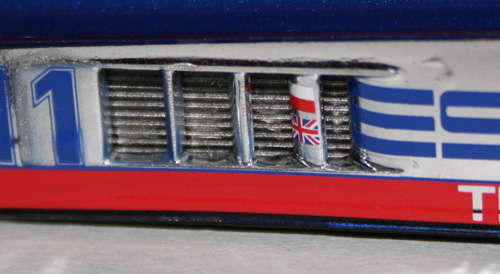 Above & Below: Apart from tyres, the outlets for the radiators are also incorrect. They should have the ducts extending outside the sidepod as per the picture below, not flush. 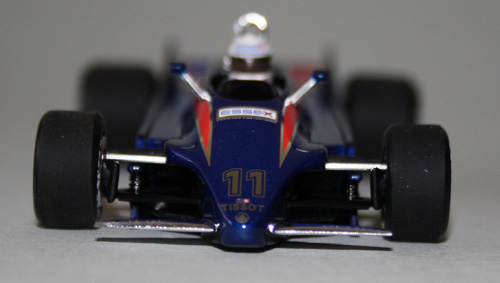 Above & Below: Front and rear view 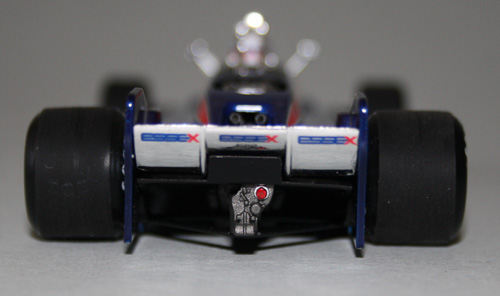 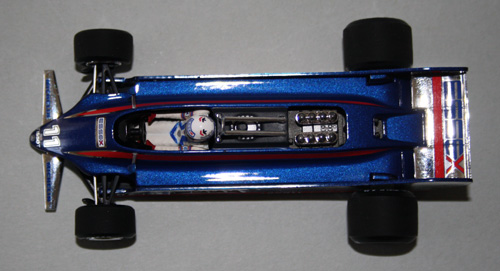 Above & Below: Unlike other ground effect cars, the Lotus 88 did not exploit the full width allowed by the rules and was very narrow to enable a straight, unclutted full length underbody venturi. 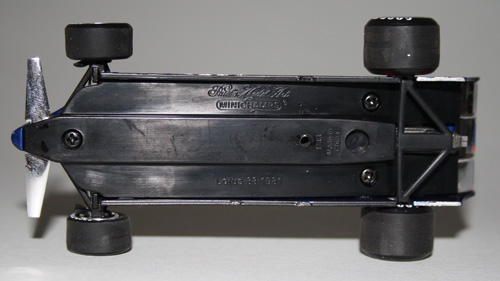