English company Amalgam has now released several of the planned 22 pieces in their 1:43 A1GP range from the 2007/08 season, including this stunning example of the Team Australia car.

Biante is the Australian distributor and this is where my example was purchased from. I was planning to buy several (if not all) of the models in the range, but at the price Biante is charging (almost $82, plus postage! They retail for the equivalent of much less overseas) that wont be happening.

Above & Below: The only significant downfall is the width of the rear tyres. On the real A1GP cars, the rears are massively wide Cooper tyres, and on Amalgam’s model, they aren’t much wider than the fronts. 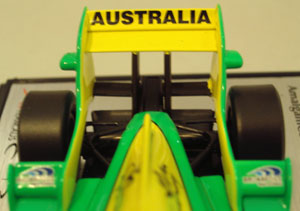 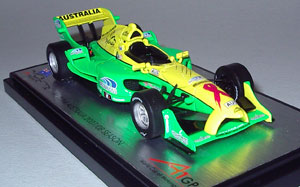 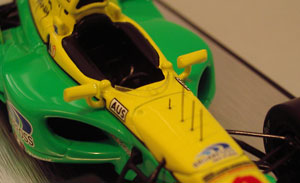 My tip is that there will be very few “complete” collections of the A1GP field. Most collectors would probably want their ‘home’ team car, so sales should be strong in each team’s home country. But if other retailers charge like Biante, not many foreign team cars will sell.