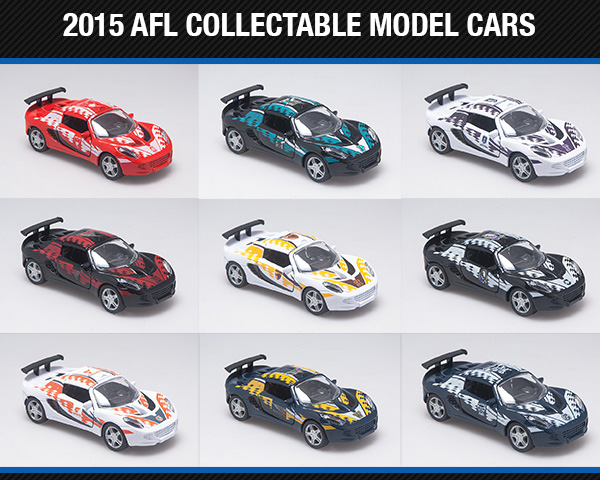 Some new stuff coming through from Biante and Top Gear / Trax: Biante The Perth-based company has announced a 2015 range of AFL Collectable Model Cars. The range covers almost every team (missing the Western Bulldogs – contractual drama??). Biante say the models are based on a Toyota MR2, but they look like a Lotus… … Read more New Bits From Biante and Trax