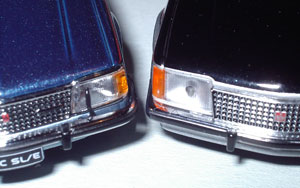 The iconic VB Commodore has been shouting out to be modeled for many years. Well, now we have the VB and the VC modeled by both Biante and Trax. As both manufacturers have released an SL/E version, time is ripe to put them head-to-head! The Models The Numbers – Both Biantes are Limited Editions of … Read more Commodore Wars – Trax V Biante